This week’s whisper was another request from Fernando, so thanks for being loyal and engaged with the weekly message! Some think that there is no such thing as luck, that it’s simply the roll of the dice (tee hee). Most of us observe others who seem to stumble upon the makings of a happy relationship, the perfect job, or an idea that leads to making a fortune by sheer luck.
Richard Wiseman, a British psychology professor at the University of Hertfordshire, has been researching how luck plays a role in our lives. He began by examining the difference between self-professed lucky and unlucky people. Wiseman found that lucky people score significantly higher on extroversion. “They smile twice as often and engage in more eye contact. Their sociability,” Wiseman explains, “helps them increase their likelihood of a lucky opportunity because they meet more people, connect better, and maintain relationships. Unlucky people, on the other hand, scored twice as high on neuroticism.”
Wiseman conducted another experiment. This time, he gave people a newspaper and asked them to count the number of photographs inside. Unlucky people took about two minutes to count the photographs. Lucky people took seconds. On the second page, there was a large message that read: “Stop counting. There are 43 photographs in this newspaper.” Unlucky people tended to miss the message, while lucky people spotted it right away. The self-professed lucky people were simply more observant. Let’s not miss the message today! It’s about time to observe any details connected to a whisper from an angel on luck:
Luck is connected to vibrations that influence drawing forward an experience. An optimistic spirit, not just an optimistic mind, vibrates at a higher rate to increase the potential manifestation. Lower vibrations can attract negative people and experiences. One might benefit from identifying with their hidden expectations. If expecting the worst, a self-fulfilling prophecy can become true. The only reason a person would expect the worst would be for use as a coping mechanism. The result might be a string of experiences that form a belief around being unlucky.
Feeling lucky can increase good fortune, happiness, and satisfaction with life. A person can build on a vibration, turning bad luck into good luck. Forming a more positive outlook is a collaboration between the Universe, the mind, and the spirit. Attitude influences the process of life. Obsessing on an outcome can form a limiting pattern of belief that creates an overall bias, prejudice, attitude, expression, or way of being in the world.
It’s easy to become disheartened in the world, but beware of complaining. You can create patterns that build on the belief of being unlucky. If this has occurred, do things to break the patterns by breaking free of the old routines. Bring in new energy that fills the spirit with vitality. Open to the possibilities and release your magic onto the world. Gratitude boosts the energy. When you express from a grateful heart, the Universe delivers the reward.
Fear is repelling energy that creates resistance to being your best self and adds a lower element to the energy you are expressing in the world. Think clearly, feel freely, and love with reckless abandon of the past. There is only today, and you are lucky to be alive.
Bring joy, ease suffering and create beauty, then dance like you mean it!
Blessings, Russell
“The human mind has a tendency to observe unsystematic events and assign a pattern to the results. A habitual risk-taker reorganizes the stream of random events and retrospectively attributes the outcome of indiscriminate trials to their own gambling “strategies.” We often hear people say that they are lucky or unlucky, when in actuality they can claim no ownership in the occurrence of chaotic outcomes. A false sense of the existence of luck can cause people to discount the value of their actual effort, skill, and training.” Kilroy J. Oldster 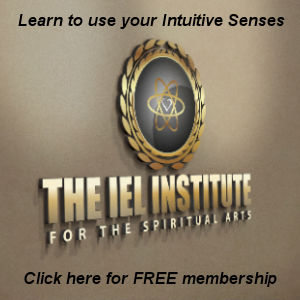